Tens of millions of insect and spider specimens lie pinned into drawers, folded in envelopes, or are floating in jars of alcohol within the major entomology collections of California.** Each specimen’s tiny labels, usually about the size of a honeybee, hold information on who collected it, where and when it was found, what species it is and who identified it. Until now, this information was locked in the drawers and cabinets of eight museums, scattered throughout the state. Calbug is a collaborative effort to begin unlocking this data by digitizing information for over one million specimens and publishing it online. 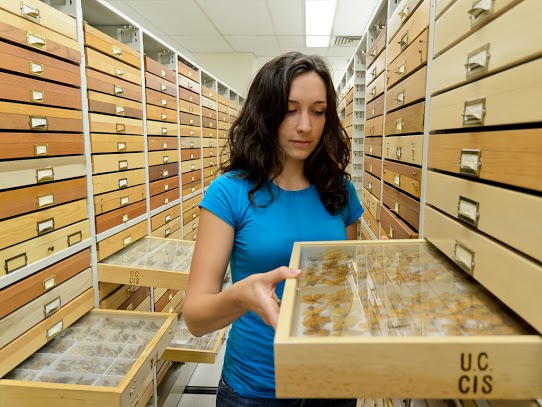 Inside the Essig Museum of Entomology at UC Berkeley. Photo by Marek Jakubowski, 2010.

The rich history of arthropod collecting in the state kicked into high gear with the California Insect Survey, which launched in 1939 to document the diversity and composition of insects and arachnids. A major goal was (and is) to provide practical information about insects, primarily for agriculture. Crops, for example, rely on pollinating insects (like bees and butterflies) and are plagued by pests (like aphids), while other insects (such as ladybugs and parasitic wasps) can help control the pests. Bugs provide a variety of benefits and detriments to other organisms—some assist in decomposing dead matter or  provide food for birds and other vertebrates, while others may be vectors of disease or pests. Entomologists have been busy collecting as many of them as possible. While a majority of our collections are from California and the western United States, we have specimens from all over the world.

Besides being key components of agriculture and other ecosystems, insects are the most diverse animal group on the planet, with over one million described species. This accounts for 80% of all known animal diversity. Studies estimate that there are likely five to ten million extant arthropod species in total, including those that have not been discovered yet. Such large diversity, and the small size of individuals, means that a single museum may house millions of specimens. For example, the Essig Museum of Entomology at UC Berkeley has an estimated six million specimens and the California Academy of Science has about ten million. In fact, we have so many specimens, that we can only estimate how many there actually are! 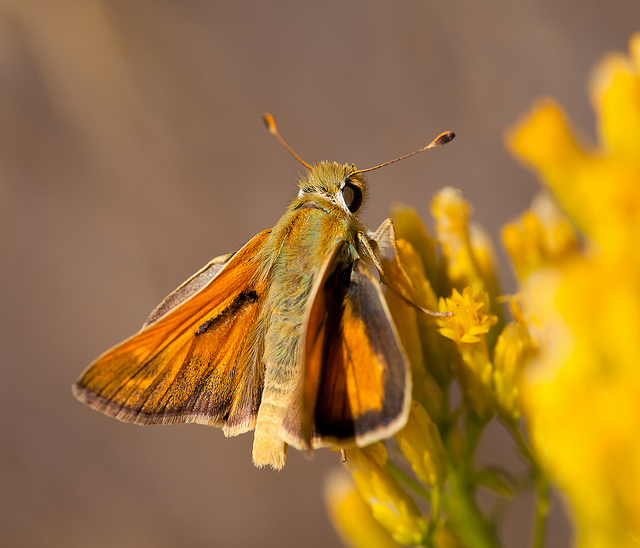 Because the databasing task is so large, we are first focusing on specific localities that have been sampled more consistently through time, and on groups that address important environmental issues (such as the pollinators and pests mentioned above) and charismatic species (like colorful dragonflies, butterflies and beetles) that have been well-collected over time. The end result will be a specimen database of geographically referenced specimens, and analyses of how changes in species distribution relate to land use and climate.

In addition to learning about the distribution of individual species, we can use insects and spiders as indicators of environmental change. These diverse creatures have relatively short life spans, limited distributions, and a wide range of tolerances to habitat alterations. They can therefore provide fine-scale information on habitat change that we use to better understand how ecological communities are changing over time, and make predictions about the future.

In future posts we will discuss some of these groups in more detail, so stay tuned! 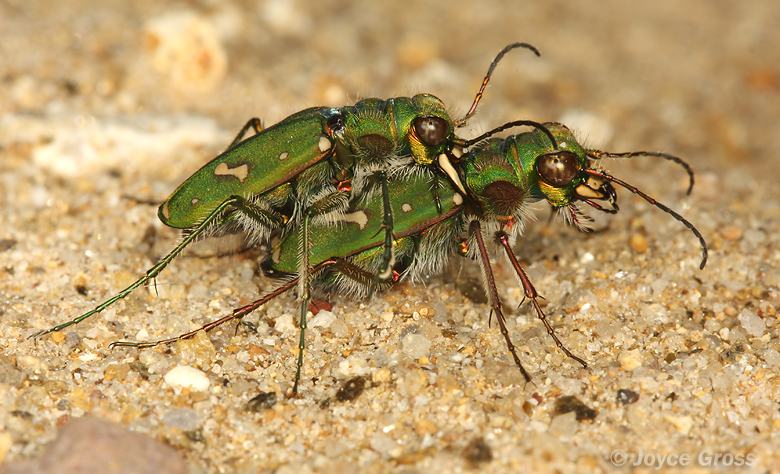 For the launch of Notes from Nature, the CalBug team chose to share some of our charismatic species like Tiger Beetles, Bombardier Beetles, and Skipper Butterflies. These insects are striking in appearance, but also have fascinating behaviors—check out the links below to get a glimpse. We hope you enjoy these insects as much as we do, and thank you for your help!

*An arthropod is an invertebrate with an exoskeleton, a segmented body, and jointed appendages. This includes insects, spiders, crustaceans, and more.